Triumps’s “Surveillance” is a slickly produced, radio rock album and is a departure from the heavier rock of everything up and through “Allied Forces”. Whereas some band’s benefit from a slick production, I think Triumph were a better band when they had a rawer sound. The band also adds more keyboards to this album as well. However, all that is not to say that “Surveillance” is a bad album. I also preferred the rawer, harder rocking Whitesnake albums to the far more popular and slickly produced mid-80’s albums. The more commercial approach worked well for Whitesnake. It should have worked well for Triumph as well because “Surveillance” is chock full of songs ripe and ready for radio play. “Never Say Never” is almost a power-pop tune with a cool intro in the form of “Prologue: Into the Forever”. Listening to this song I can only imagine how heavy it would have been had the guitars been turned up and the keyboards minimized. Still, a very cool song that could have been a hit. Though I’ve never been a huge fan of ballads, “All Over Again” is a good song and again could easily have been a hit on the level of “Is This Love” and “Honestly”. The song features one of Gil Moore’s best vocal performances. Once again, the approach worked for Whitesnake, but it shall forever be a mystery as to why it didn’t work for Triumph. Rik Emmett lets loose on some smokin’ guitar solos on this album and his vocals are as great as they have ever been. It’s just unfortunate that the rock and roll machine was hidden behind a layer of gloss and keyboards. Still, not a bad record. 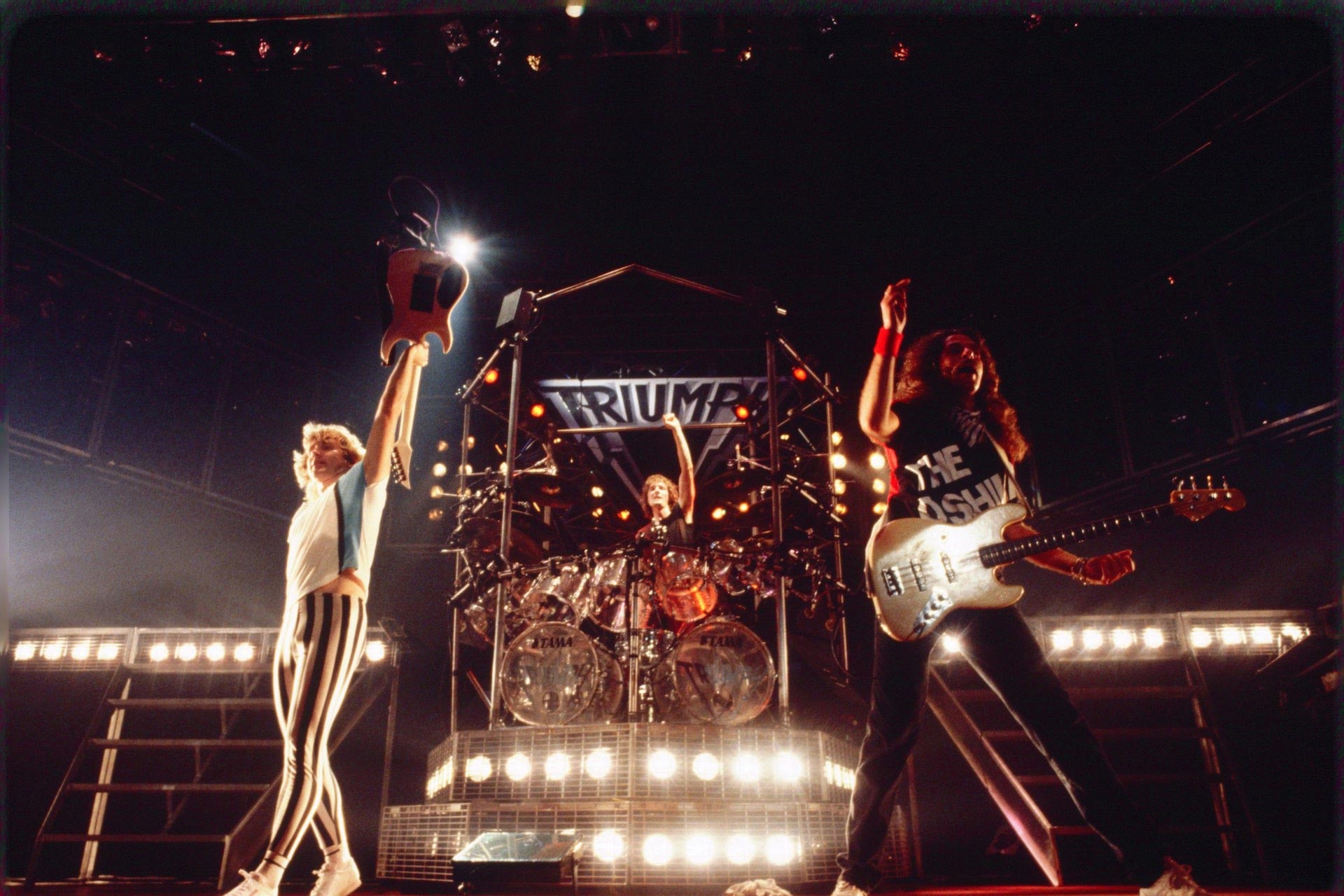