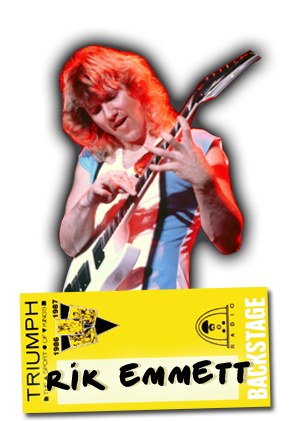 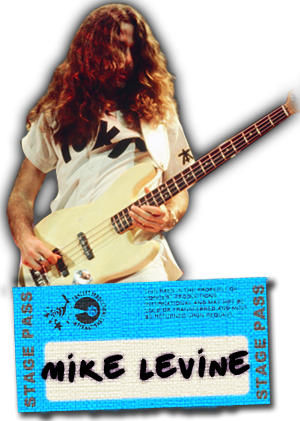 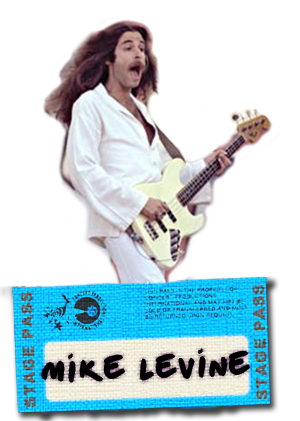 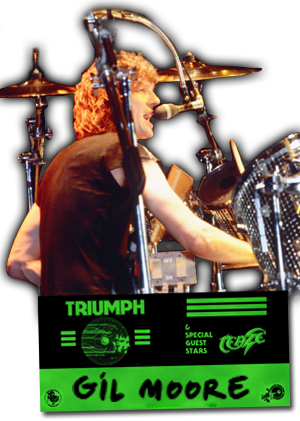 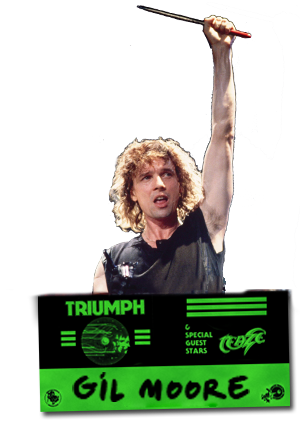 The Canadian hard-rock power trio Triumph stands out as a visionary, uniquely influential entity among their fellow brethren. Virtuoso musicianship, soaring melodies and exceptional songs with a positive perspective and outstanding live shows made vocalist / guitarist Rik Emmett, bass guitarist / keyboardist Mike Levine and vocalist / drummer Gil Moore destined for stardom. They defined and epitomized arena rock. Individually, Emmett, Levine, and Moore received countless accolades for their instrumental abilities. Their creative prowess manifested itself in other outlets as well. Levine co-produced some of the band’s early work. Emmett became a cartoonist for Hit Parader magazine. Moore designed Triumph’s phenomenal live show, which consistently evolved over the years and always utilized state-of-the-art lighting, laser and pyrotechnic effects. In fact, Triumph received the influential Performance Magazine’s “Innovators of the Year” award in 1981 for the unique way they changed the arena rock landscape. 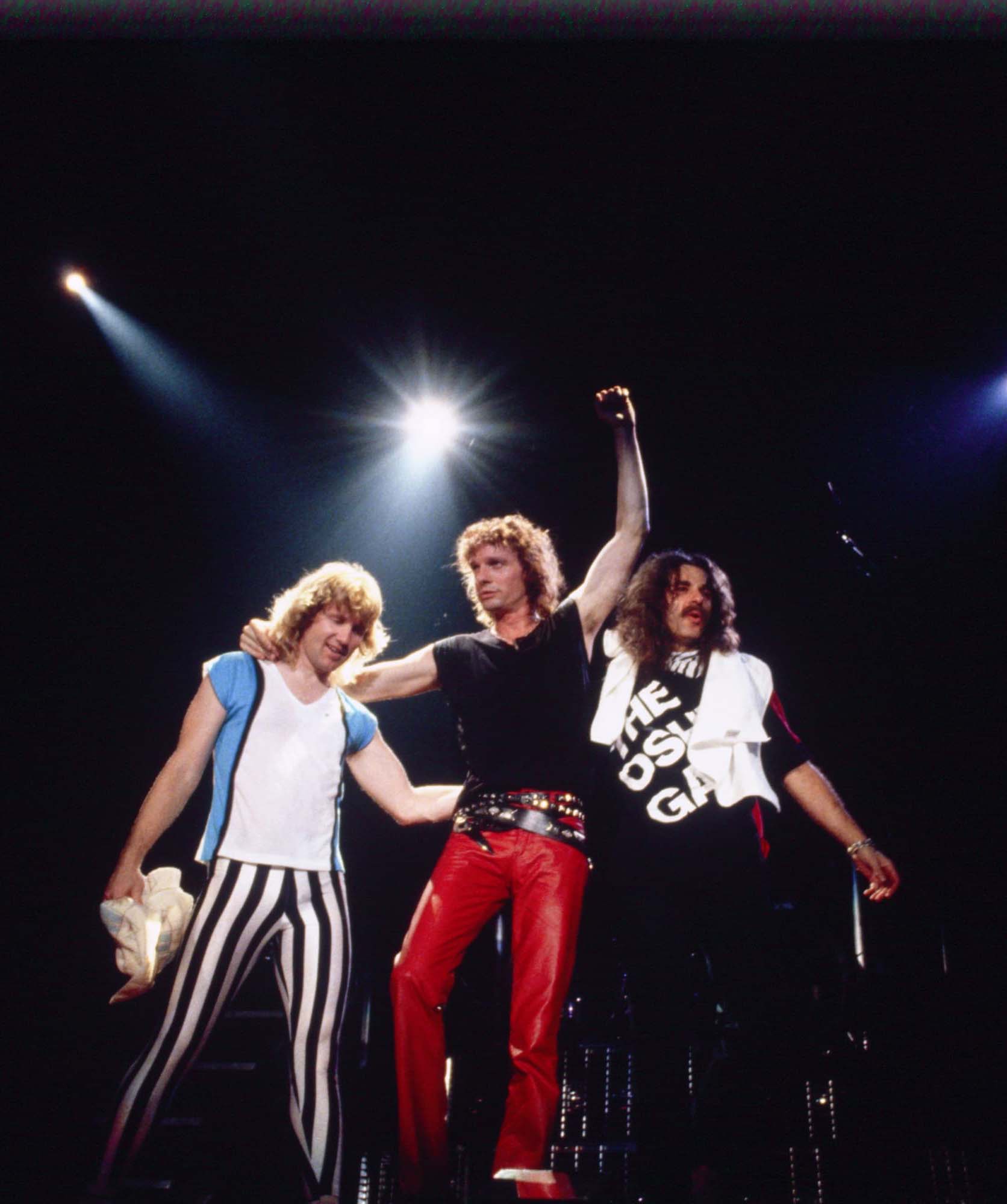 Triumph formed in Toronto, ON, in 1975 after a chance meeting led Emmett, Levine, and Moore to embark on a marathon jam session. They immediately decided to form a band and the debut ‘Triumph‘ was released in 1976 on Attic Records. Triumph’s gift for delicate, intricate pieces and blistering rave-ups was evident on this first album. “Blinding Light Show” and “Street Fighter” are full-bore rockers. The second album, ‘Rock ‘N’ Roll Machine‘, followed in 1977. The title track is a standout due in large part to Emmett’s light-speed guitar solo. Also included are a cover of Joe Walsh’s “Rocky Mountain Way” and the two-part “New York City Streets” and the adventurous epic medley “The City”. Triumph’s initial popularity developed in an unusual way. Both ‘Triumph‘ and ‘Rock ‘N’ Roll Machine‘ were first released only in Canada and garnered significant airplay in Texas. The “Lone Star State” has always been a prime United States market for hard rock and fans responded so favorably that Triumph specifically undertook a Texas tour to promote Rock ‘N’ Roll Machine. RCA Records signed Triumph on the strength of the positive buzz generated and the band’s steadily increasing notoriety, and in 1978 released a compilation off the first two albums titled ‘Rock ‘N’ Roll Machine‘. 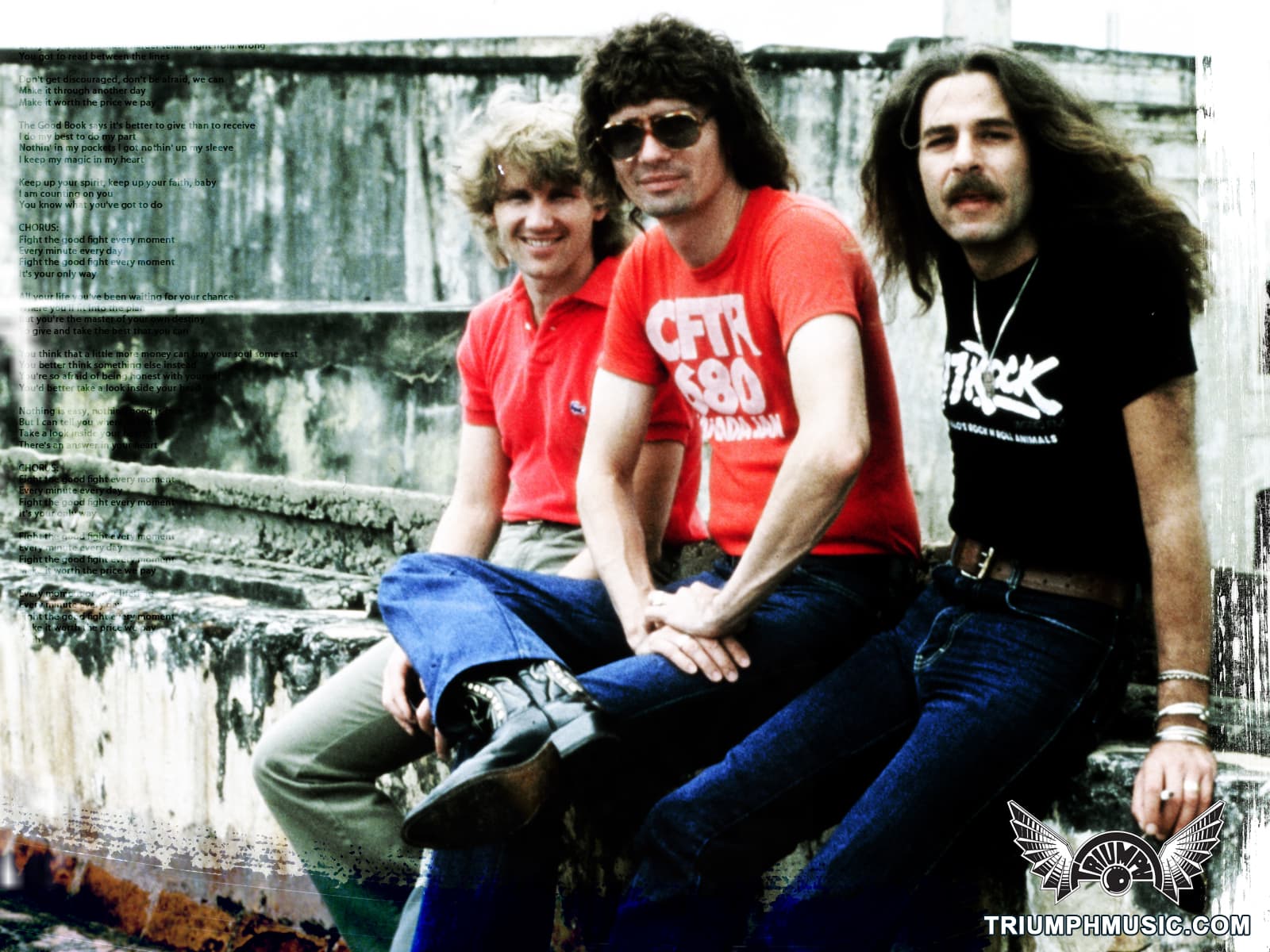 Next up was 1980′s ‘Progressions of Power‘ and its single “I Can Survive”. The sizzling anthem “I Live for the Weekend” was a big hit in the United Kingdom and a Friday-at-5:00 staple in the US. 1981 saw Triumph explode into the mainstream with ‘Allied Forces‘. It immediately went gold and eventually platinum. This album became a critical and commercial smash, reaching #23 on the Billboard charts. Its standout song “Magic Power””, was a hit single and “Fight the Good Fight” was another fan favorite. Both songs are still staples on rock radio station .

1986′s ‘The Sport of Kings‘ marked a career high point when the infectious “Somebody’s Out There” reached #27, becoming a major hit single. “Just One Night” was a Top 10 smash on MTV’s video chart. The muscular “Tears in the Rain” also thrilled the Triumph faithful. ‘The Sport of Kings‘ was produced by Mike Clink, who followed this project with Guns ‘N Roses’ ‘Appetite for Destruction’ due in part to his work with Triumph. ‘Surveillance‘ hit the streets in 1987. With this album, Triumph broadened its studio approach by adding guest guitarist Steve Morse (formerly of the Dixie Dregs and a member of Kansas at the time), who dueled with Emmett on “Headed for Nowhere”.

Triumph and RCA parted ways and the band signed with MCA Records. ‘Thunder Seven‘ (appropriately titled since it was the band’s seventh album) — was released in 1984. Triumph co-produced ‘Thunder Seven‘ with legendary producer and engineer Eddie Kramer, famed for his work with Led Zeppelin, the Beatles, Jimi Hendrix, Kiss, and others. The album became another gold seller, with the popular single “Follow Your Heart”and another highlight, “Spellbound”. The tour was arguably Triumph’s most awe-inspiring, as it was a sold-out trek that showed once and for all that the group was one of the few arena headlining acts that truly pushed intricate lighting and lasers to the max. After a decade together as one of the most popular live acts of the time, the long overdue double live album ‘Stages‘ was issued in 1985. The songs were recorded on the road between 1981 and 1985.

In 1988, Emmett left Triumph to pursue a solo career. The best-of album ‘Classics‘ was released in 1989 and yet another gold album was added to Triumph’s tally. While there is no denying the greatness of the material included on ‘Classics‘, it was a set that was issued to fulfill the group’s contractual commitment with the label, and as a result was not all it could have been – especially in the packaging department. 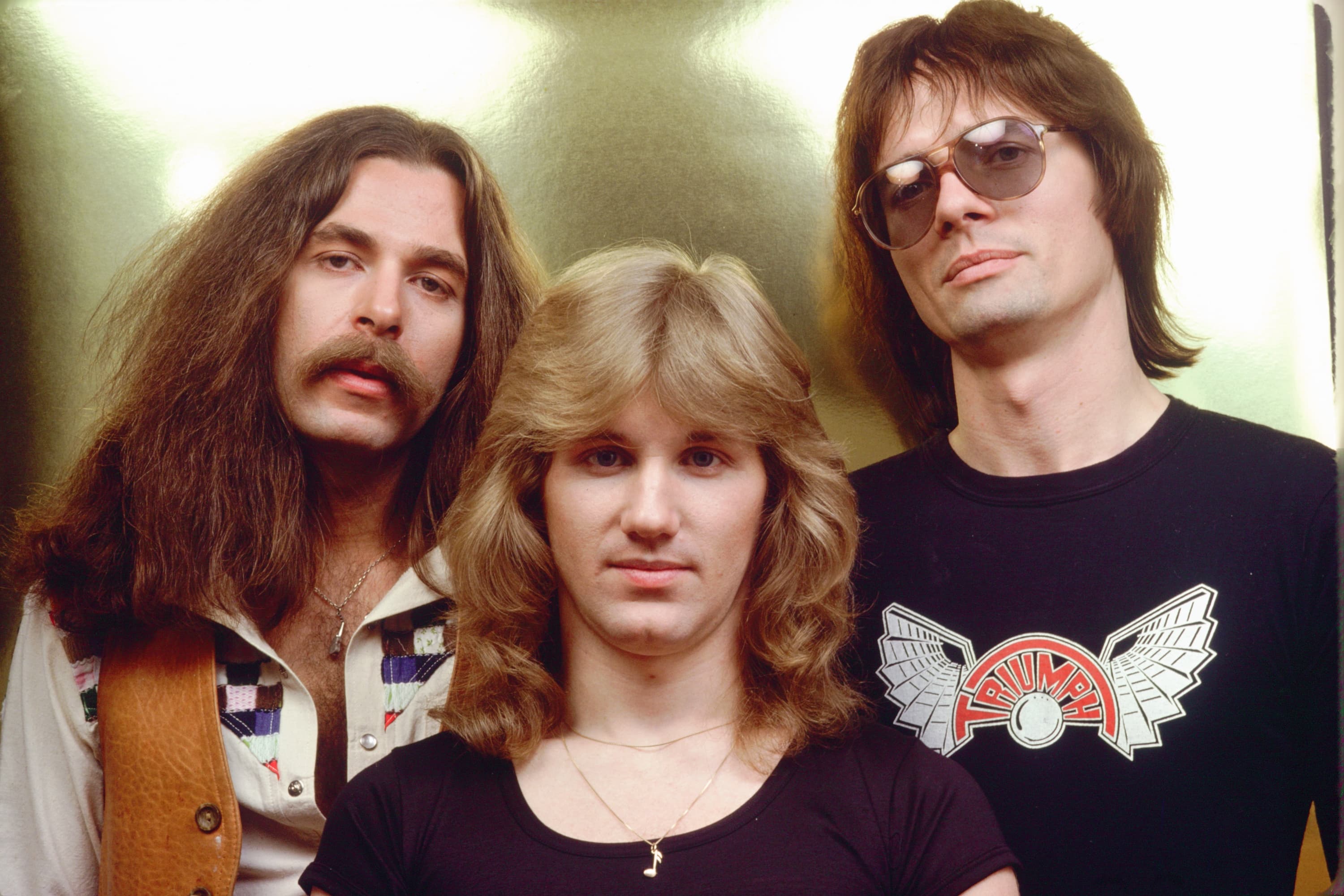 Levine and Moore recruited new vocalist / guitarist Phil X, a fellow Canadian formerly of Aldo Nova’s band and Frozen Ghost. Triumph contributed the song “Troublemaker” to the soundtrack of 1992′s Hellraiser III: Hell on Earth. In 1993 the new lineup released ‘Edge of Excess‘ on Victory Music, which featured “Troublemaker” and “Child of the City”. In 1995, the entire Triumph catalog was remastered and reissued on CD: ‘In the Beginning‘ (which was the first Triumph album) and the original version of ‘Rock ‘N’ Roll Machine‘, appeared that year. During this era, Levine and Moore were hard at work at the Metalworks Studios facility in Mississauga, ON, preparing Triumph DVD and CD releases from the vaults. The band built Metalworks Studios long ago for its own recording use but it has become a highly revered, in-demand destination for other artists. In fact, Metalworks Studios was voted the #1 studio countless years in a row at the Canadian Music Industry Awards. The legendary US Festival performance has been preserved as well. ‘Live at the US Festival‘ was released separately on DVD and CD by TML Entertainment Inc. on September 23, 2003. Another vintage Triumph DVD surfaced soon after on March 23, 2004, ‘A Night of Triumph‘, which featured a sold out performance filmed on January 16, 1987 at the Halifax Metro Centre, NS. 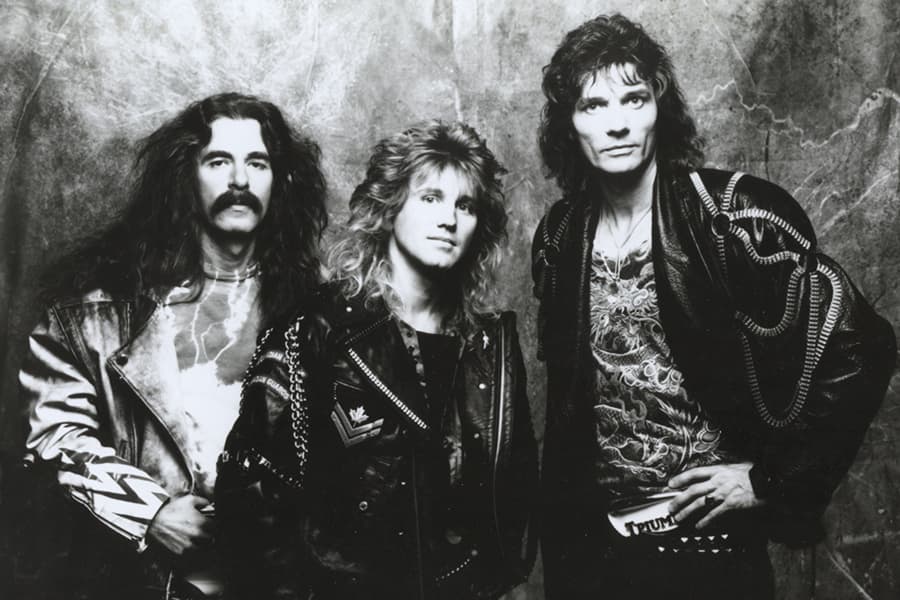 With the advent of new mastering technologies, all of Triumph’s classic studio albums were remastered at Metalworks Studios, repackaged and released during 2005 — as part of the TML “Millennium Remasters” series, replacing the old catalog.

Upon Triumph being inducted into the Canadian Music Industry Hall of Fame on March 10, 2007, the classic Emmett-Levine-Moore line-up was reunited once more, with friendships being rekindled. A year later fans’ prayers were answered as Triumph united to play at the Sweden Rock Festival in June 2008, and headlining a night at the mammoth Rocklahoma Festival on July 11, 2008. The same year, the group was also inducted into the Canadian Music Hall of Fame as part of the Juno Awards joining such luminaries as Neil Young, Joni Mitchell, The Guess Who, Rush, and Bryan Adams.

With Triumph’s music reaching a whole new generation of fans via “Lay It on the Line” being made available for download for the Guitar Hero 5 video game in late 2009, and pressure from the existing fans, the time was right for the group to create a fantastic hits package. Released on May 18, 2010, ‘Greatest Hits: Remixed‘ includes all of the Triumph classics, but with simply awe-inspiring sonics, with Rich Chycki (who has previously worked with Aerosmith and Rush), remixing all of the tracks. The deluxe, two-disc set, ‘Greatest Hits: Remixed‘, clearly is just what the fans were expecting. As well as the remixed CD, it also includes a DVD mixed in 5.1 audio, featuring fourteen promo and live videos in widescreen, the band’s Hall of Fame Inductions, and comes with a 20-page color booklet, complete with liner notes, lyrics, and chock full of vintage photos. The fans have spoken, and now they have what they so rightfully deserve… the ultimate Triumph experience!

In 2011, the band reissued Allied Forces as a vinyl package for their 30th anniversary.

On July 14, 2011 Triumph Lane, in Mississauga ON, was officially dedicated in honour of the band.

On August 28, 2012 the band released a CD+DVD package of their June 7, 2008 reunion concert in Sweden titled Live at Sweden Rock Festival on Frontiers Records in Europe and on the TML label in Canada and the United States.

In 2013, Triumph was inducted into Legends Row at the inaugural ceremony held at Mississauga City Hall.

In 2016, Rik Emmett released the album RES9, which included the song "Grand Parade," on which Gil Moore played drums and Mike Levine played bass. The song is a ballad reminiscent of "Suitcase Blues" and even includes the line "Me, I'm hanging out with Johnny Walker once again."

In 2019, Triumph were named Legends Of Live at the 2019 Live Music Industry Awards at Canadian Music Week and inducted into Canada's Walk of Fame! 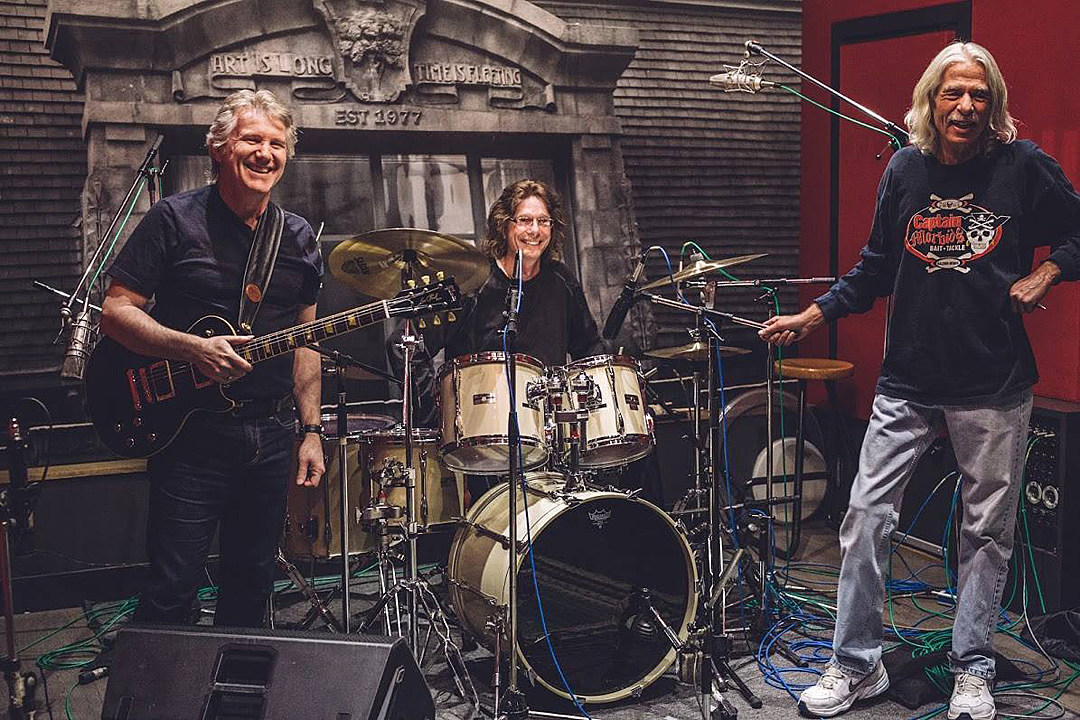 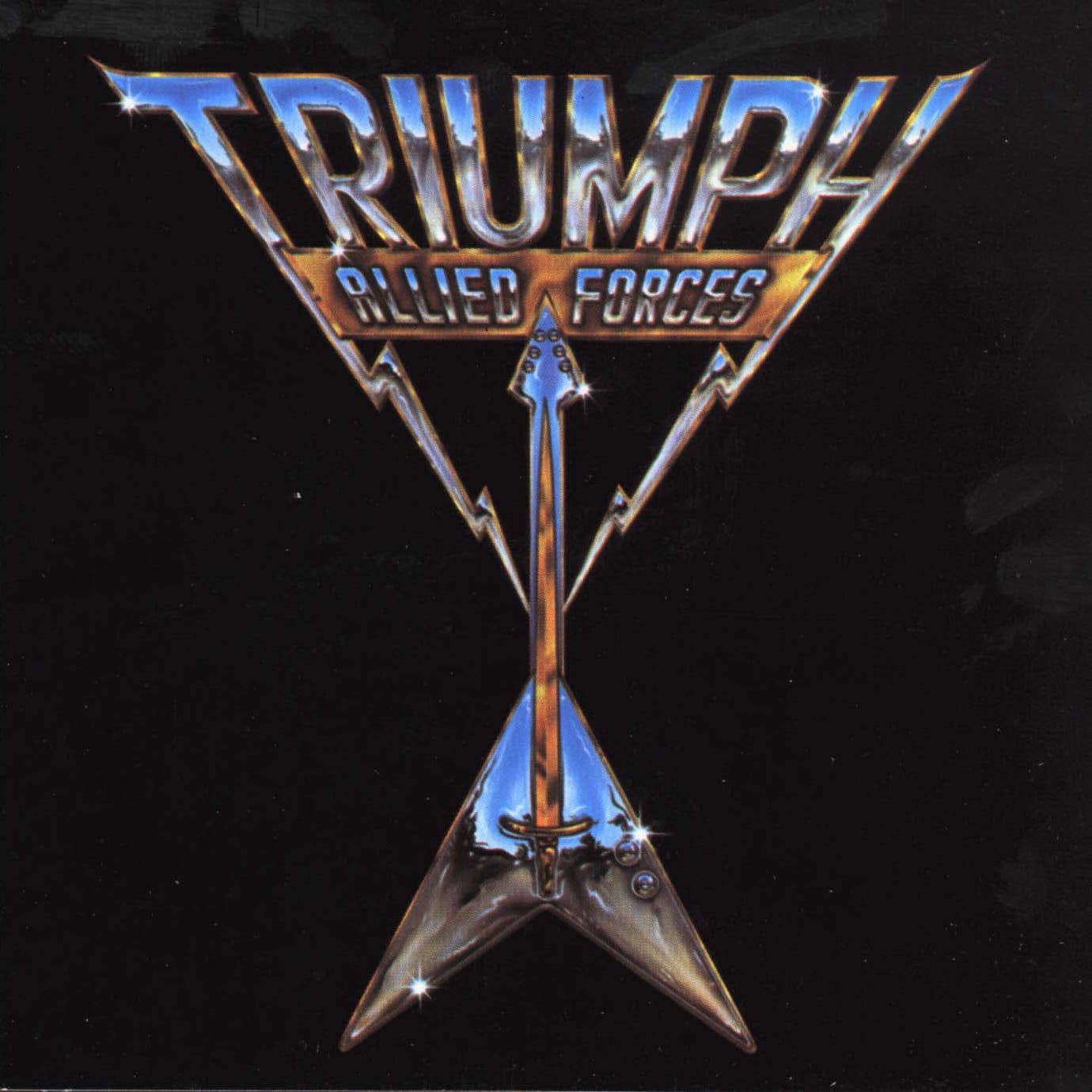 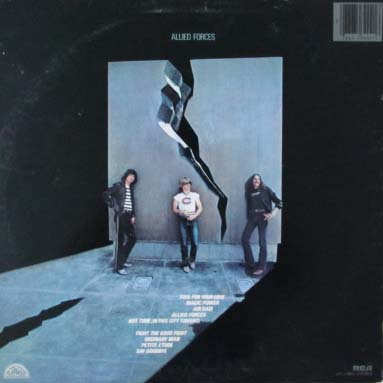 This is the content for the back of your Card. 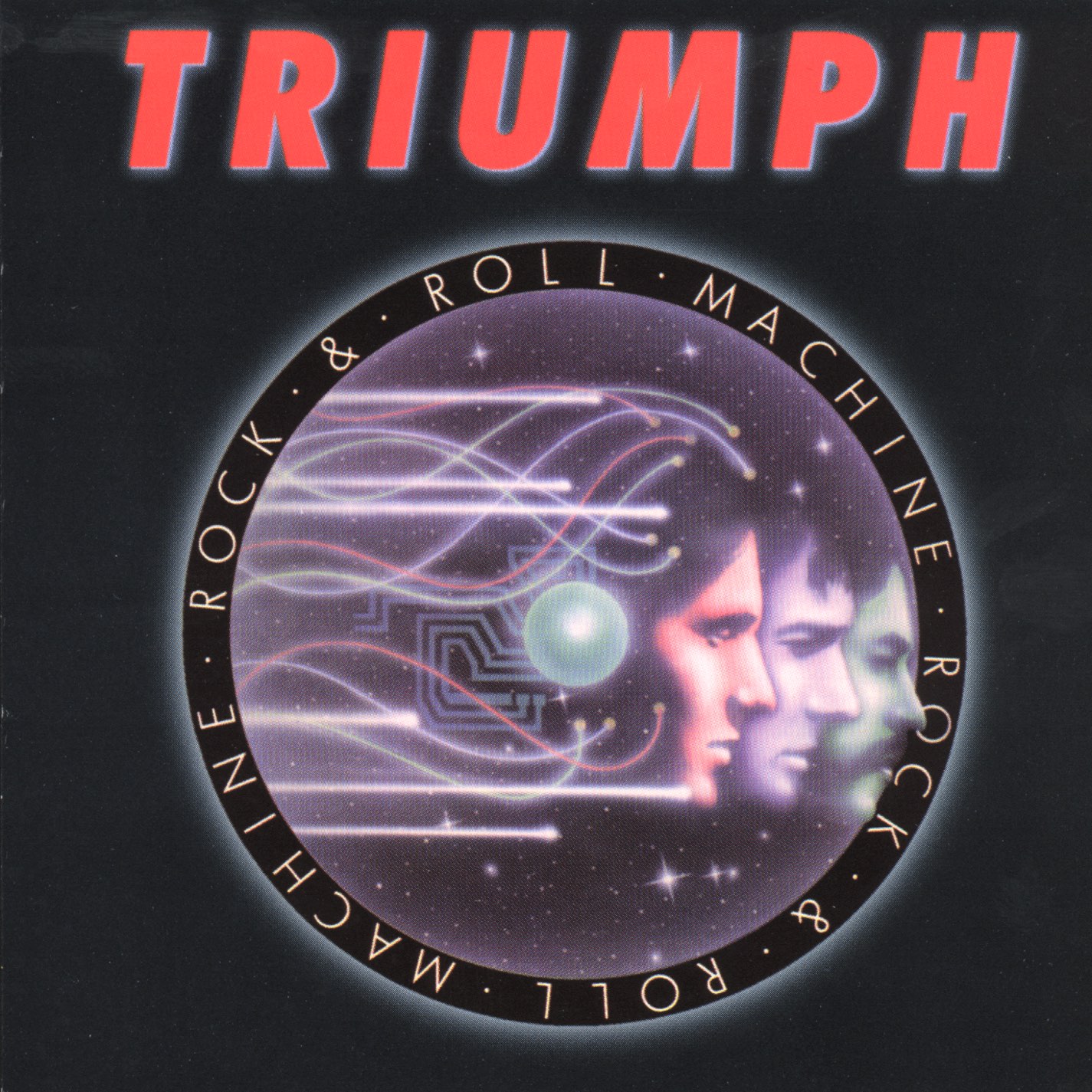 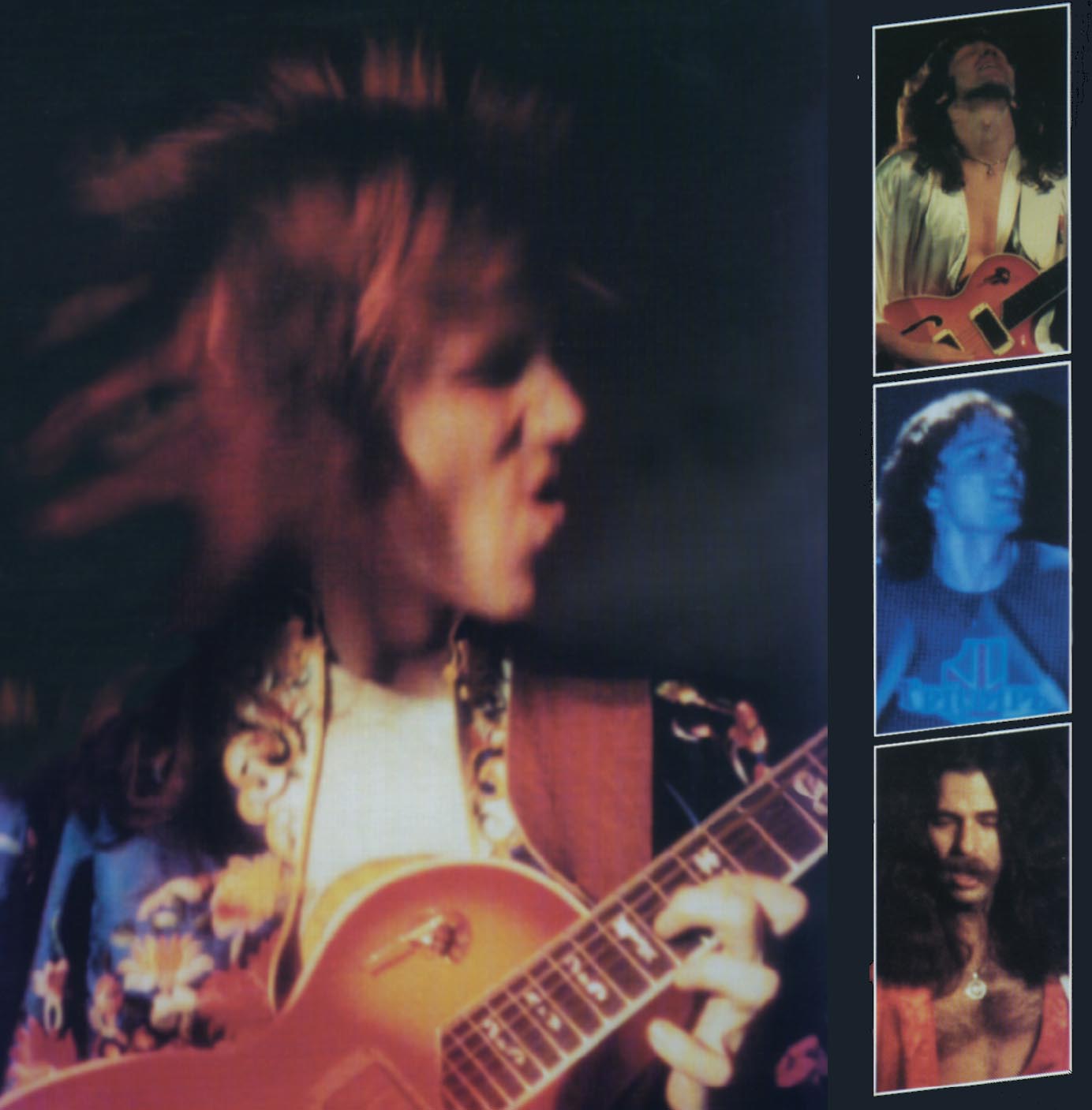 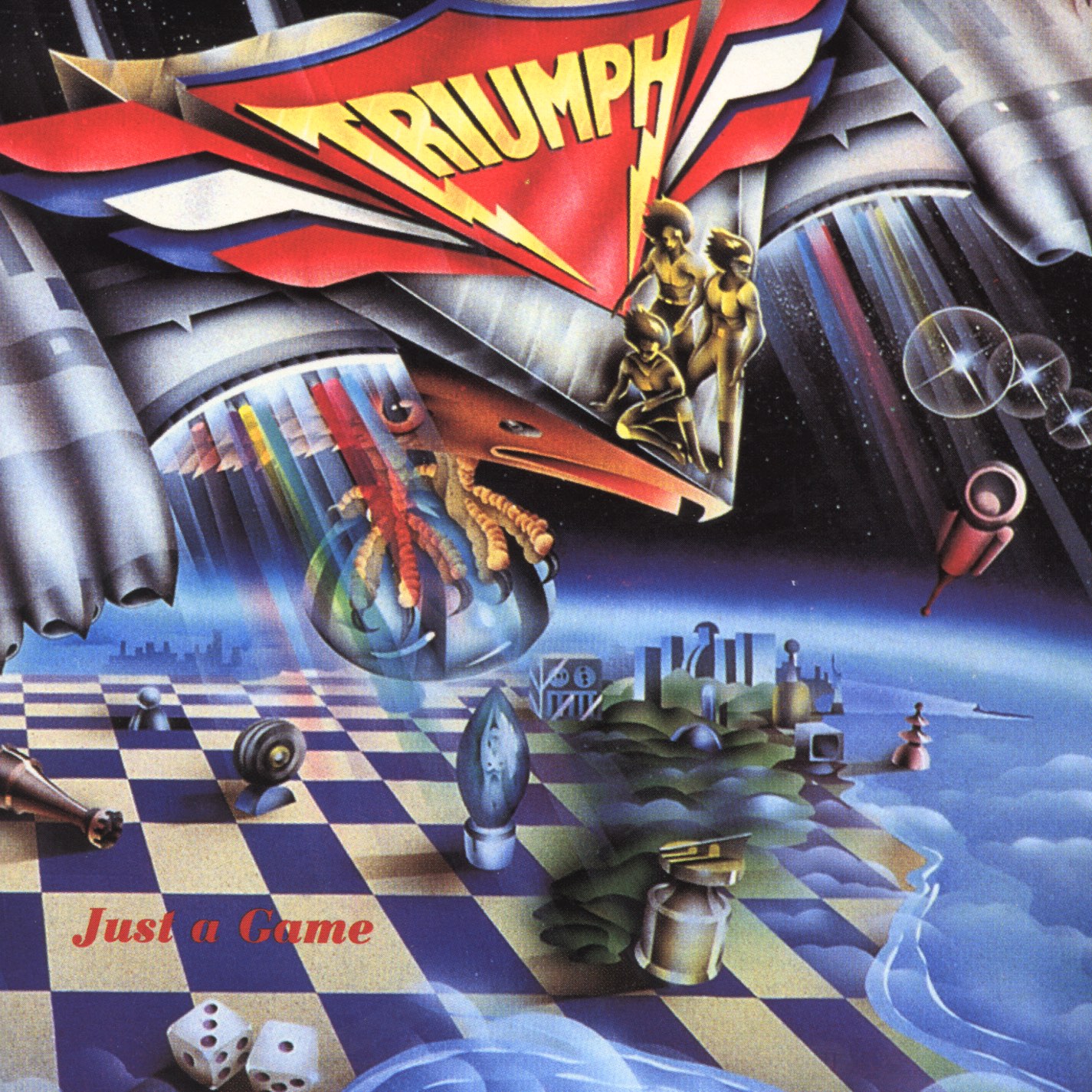 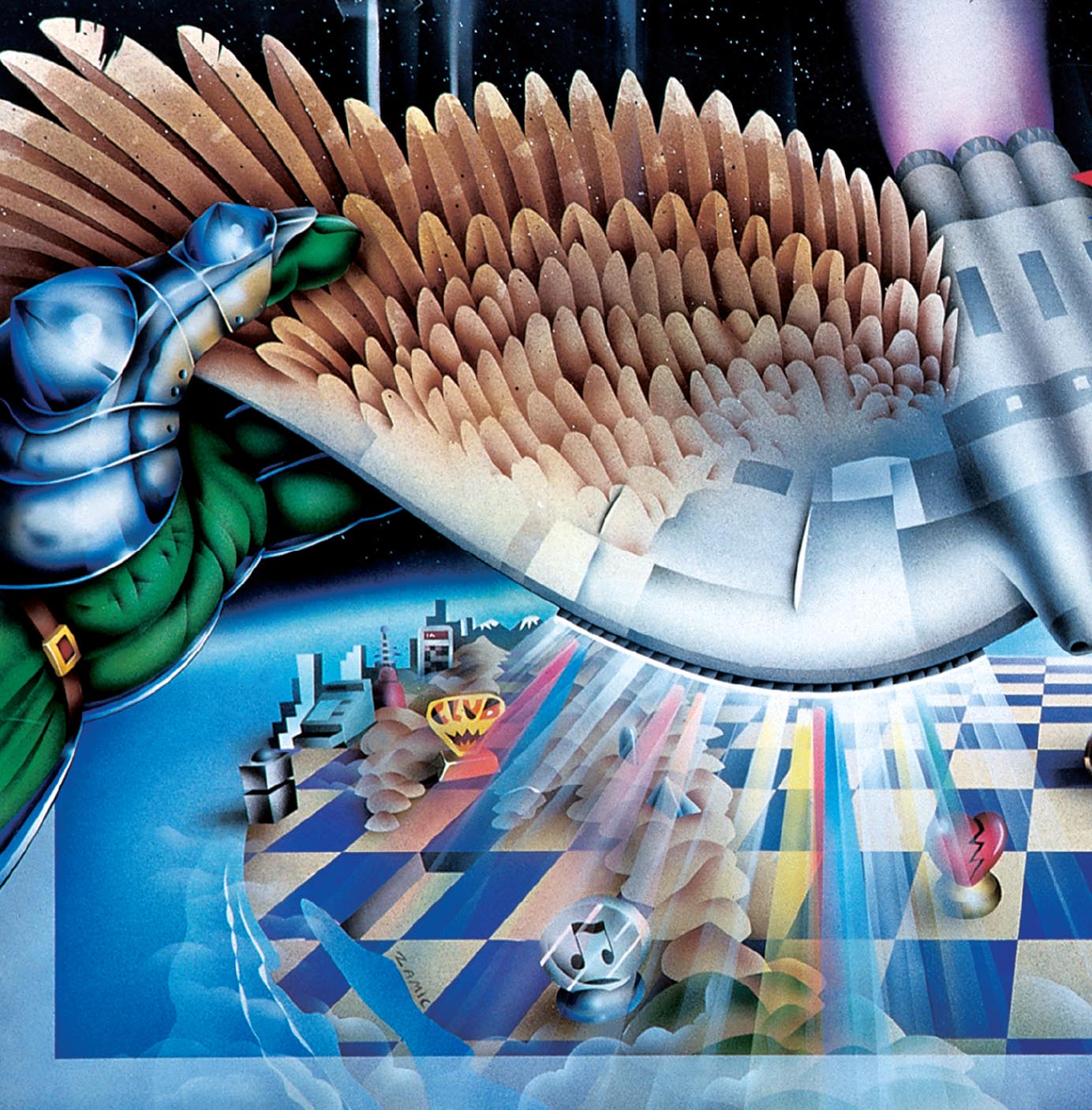 In 2007, DEAN reissued a limited edition Flying V from the Triumph Allied Forces era. Rik also owns a Baby Sitar electric, and a collection of Yamaha SLG ’silent’ guitars, as well as a Godin Grand Concert; and a full range of archtop electrics from Yamaha, including a custom AES-2000, an SA-2200, two AES-1500’s, an original issue AEX-1500 [and his Kiyoshi Minakuchi custom shop favourite, “Jackie”]. 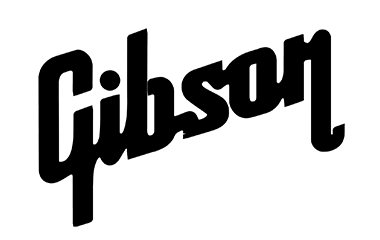 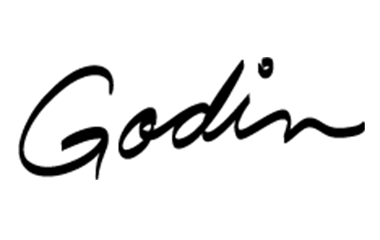 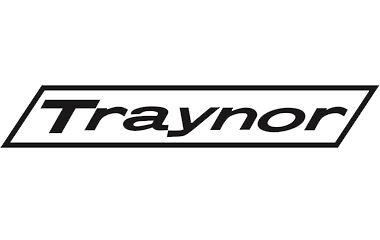 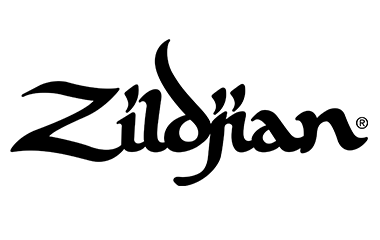 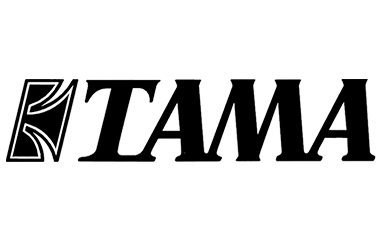 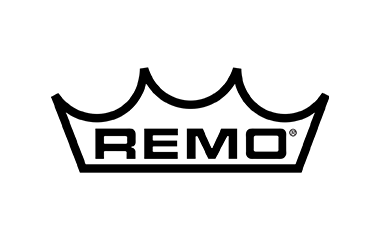 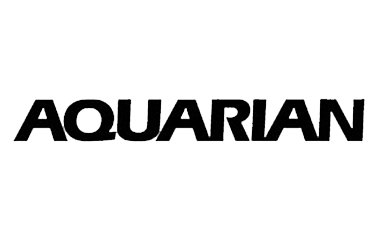