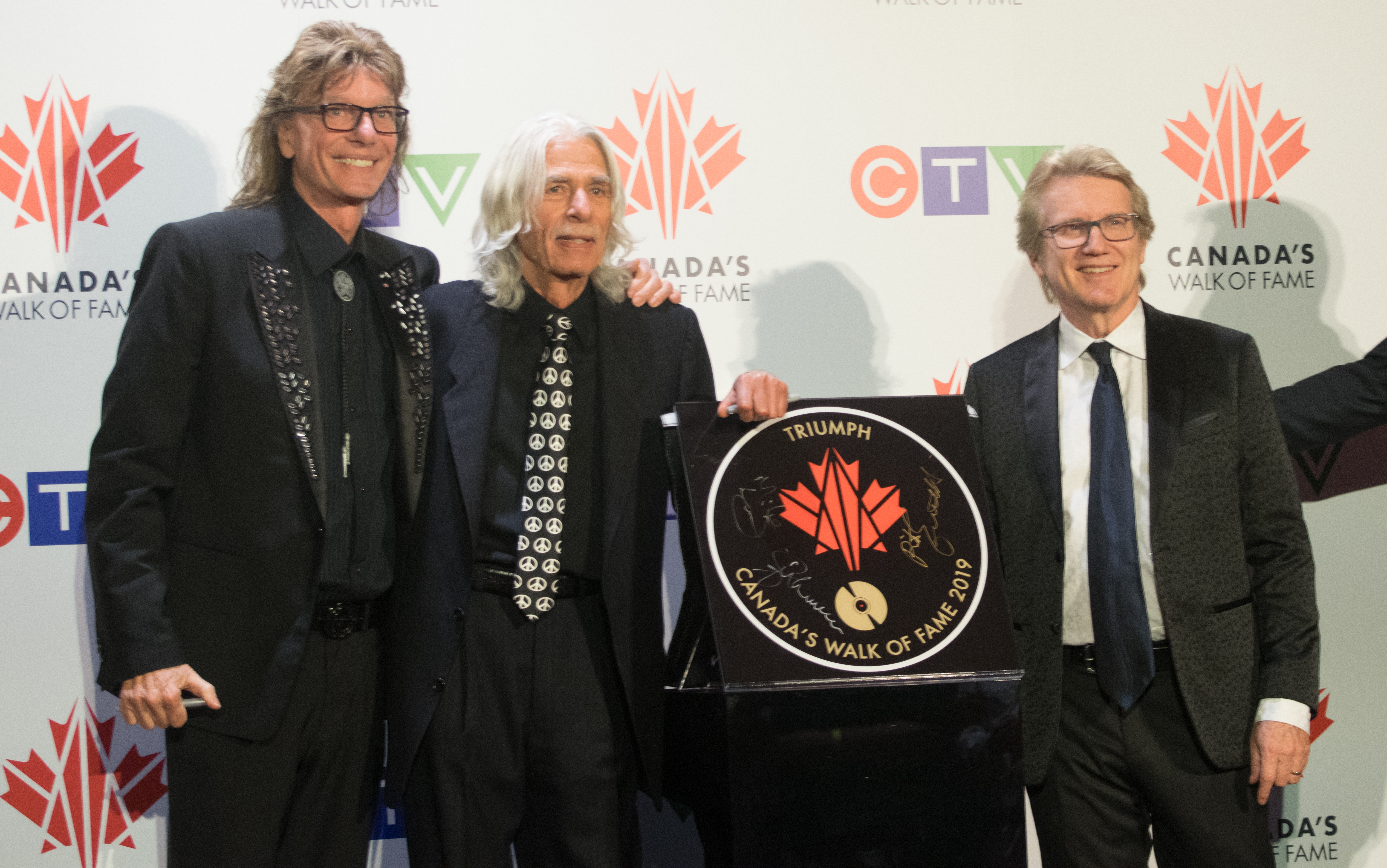 On December 13th, 2019, Rik Emmett, Mike Levine, and Gil Moore of TRIUMPH were officially inducted into Canada's Walk of Fame at the official induction gala held at the Metro Toronto Convention Centre.

A Message from the Band:

"When we started out on this journey, we never imagined that we would end up here. This is a highlight in our career and we couldn’t be more thankful to Canada's Walk of Fame, our amazing fans, and the people of Canada for this incredible honour. Congratulations to the other 2019 inductees Jim Treliving, Dr. James Naismith, Mark Messier, Cindy Klassen, Frank Gehry, Mr. Dressup, Will Arnett, and Alessia Cara.

Special thanks to Tom Cochrane for presenting the award and to Peter Soumalias, Bill Ballard, Dusty Cohl and Gary Slaight for founding Canada’s Walk of Fame and bringing a spotlight to so much Canadian talent."

The induction ceremony also featured a spectacular TRIUMPH tribute performance by 'Gowan and the Rock Army'. Larry Gowan of Styx, Tim Oxford of Arkells, and the rest of the incredible performers in the Rock Army performed a medley of classic Triumph tunes.

The band were blown away by the amazing tribute performance and had this to say:

"Thank you to Larry Gowan of Styx, Tim Oxford of Arkells, and all of the incredible performers in the Rock Army, and let's not forget, the production crew responsible for the spectacular staging, pyro and the Blinding Light Show!"

Watch the performance below: