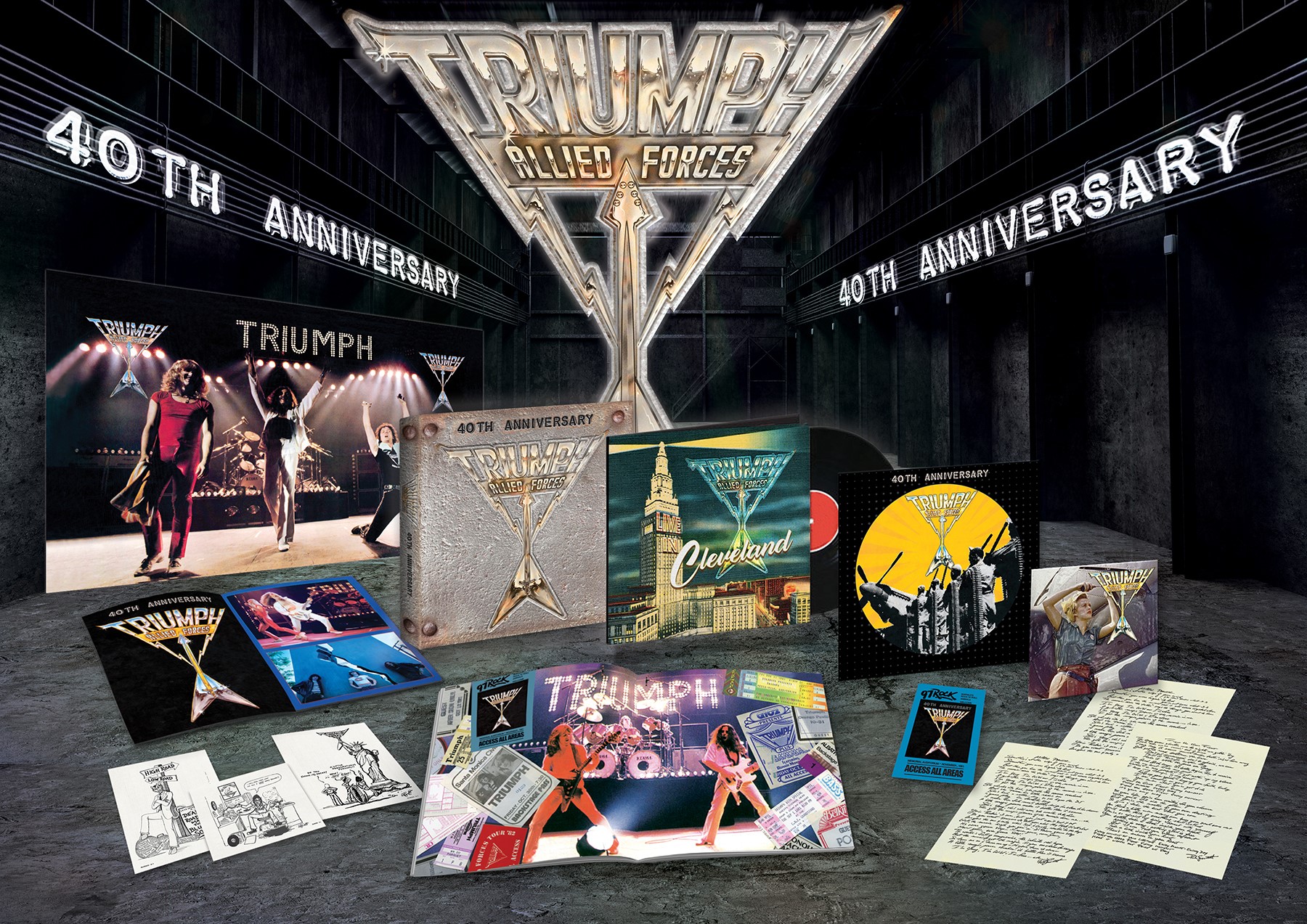 Triumph have been named the Canadian Ambassadors of Record Store Day. To commemorate that occasion, we've put together an Allied Forces 40th Anniversary Box Set!

A rock music collector’s dream, the Round Hill Records-issued set will include:

Find a copy at a participating indie record shop near you: